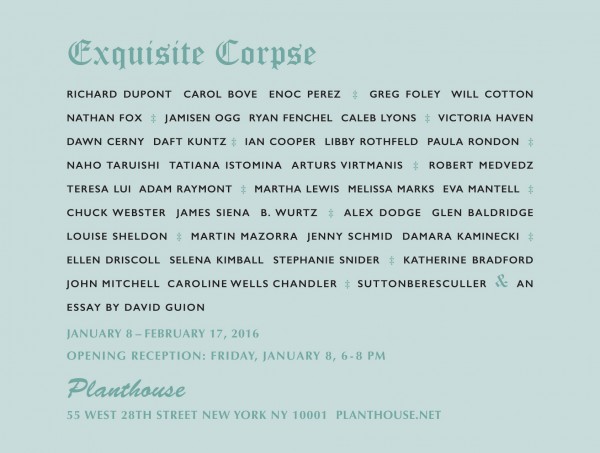 Planthouse Gallery is pleased to present its upcoming group exhibition, Exquisite Corpse, an artful modern day collage of ‘pictorial consequences’, which accompanies the release of its first children’s book publication, 43 Monsters. Please join us for the opening reception on Friday, January 8th.

The Exquisite Corpse, derived from the French expression “Le cadavre exquis boira le vin nouveau” (or, “the exquisite corpse shall now drink the new wine”) is an exercise in improvisational intrigue that has challenged the agendas of artists since it was purportedly invented by André Breton and his Surrealist companions as a parlor game in the early th century. Traditionally, the Exquisite Corpse involves a rotating piece in poetic or visual form that is initiated by one artist, then continued by another, and finished by a third. The limitation of the ‘game’ is that the successive artists see only a fragment of the previous drawing upon which to elaborate, thus resulting in a playful, imaginative, and surprising image that is more than the sum of its parts. For our version of this experiment, we’ve invited  Planthouse veterans and friends to partner with artists and media of their choosing. The collective collaborations complete — along an essay by Night at the Museum and Dinner for Schmucks screen- writer David Guion—the veritable  ‘monsters’. Planthouse is delighted to manifest our own uncer- tain iteration of this game in homage to the cheeky humor of our new book 43 Monsters, which features the whimsical 1970’s childhood illustrations of Chuck Webster and a comic text by Arthur Bradford. 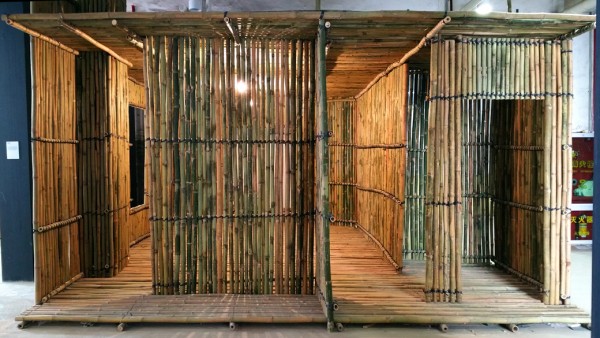 We are proud to participate in the UABB.  Bi-City Biennale of Urbanism\Architecture (UABB) is currently the only biennial exhibition in the world to be based exclusively on the set themes of URBANISM AND URBANIZATION. Coorganized by the two neighboring and closely interacting cities of Shenzhen and Hong Kong, UABB situates itself within the regional context of the rapidly urbanizing Pearl River Delta, concerns itself with globally common urban issues, extensively communicates and interacts with the wider public, is presented using expressions of contemporary visual culture, and engages international, avant-garde dimensions as well as discourses of public interest.

The 2015 Bi-City Biennale of Urbanism\Architecture (SZ) will take place at the site of the former Dacheng Flour Factory in the Shekou district of Shenzhen, a declining factory complex built in 1980s. 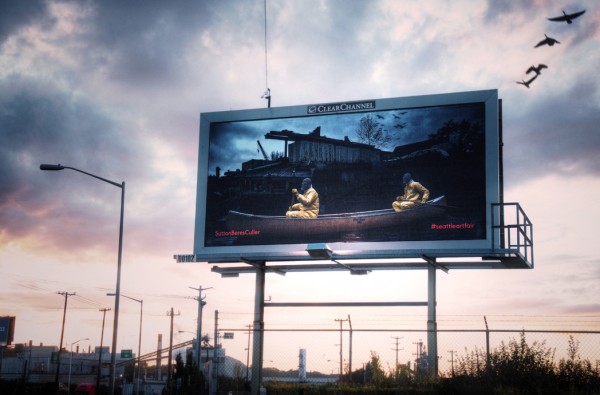 In 2001, the U.S. Environmental Protection Agency (EPA) listed the Lower Duwamish River – a five-mile stretch through South Seattle – a federal Superfund site. During the Seattle Art Fair, SuttonBeresCuller will feature Billboards from the The Duwamish Photo Series, which grew out of research and testing being done on- site for the project Mini Mart City Park, a community-focused, brownfield revitalization project. 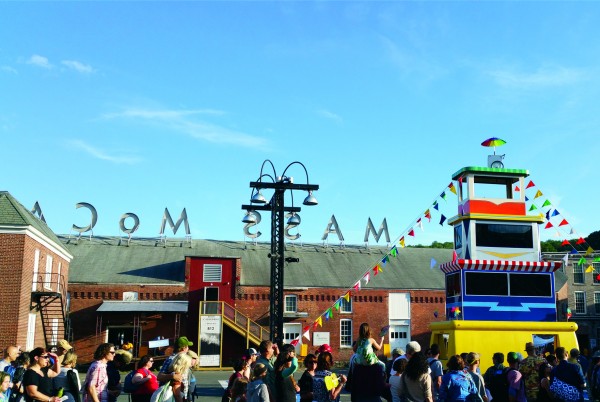 Dazzling sounds, sights, and smells always surround the vast bright and colorful structures of a festival or circus. Also ubiquitous are the concession stands and mobile exhibits that make up much of this celebratory landscape. Vying for attention among the crowds, these transitory structures rely on brilliant lighting, color, and height to stand out and entice.

In response to the temporary environments common to fairs, festivals, and circuses, Seattle-based collective SuttonBeresCuller have created a large migratory outdoor sculpture entitled Big Top Grand Stand. This monument comments upon the aesthetics of its environment. Atop a 16′ flatbed trailer, four unique structures are neatly nested within each other and telescope skyward, extending the midway experience and creating a stacked sculpture in the lineage of Brancusi’s Endless Column. Adorned with flashing lights, vibrant flags, and reflective surfaces, this flamboyant homage has turned the concession stand into pure sculptural form.

Big Top Grand Stand was originally commissioned by Toronto’s Scotiabank Nuit Blanche, a dusk-to-dawn festival that takes place throughout the city of Toronto and attracts more than one million visitors to see its hundreds of projects, events, and exhibitions. For the 2014 edition of the festival, MASS MoCA curator Denise Markonish put together the project The Night Circus. The exhibition of ten artists took as its inspiration the 2001 book The Night Circus by Erin Morgenstern. In the novel, Morgenstern describes a curious event, a night circus that opens at dusk and closes at dawn. This is not your average circus with only clowns and tightrope-walkers; instead it is an epic magical contest – turning an ordinary circus into a true spectacle of magic and wits. Big Top Grand Stand became a perfect beacon for The Night Circus.

MASS MoCA is thrilled to bring this project to our campus on June 26, 2015, to kick off Wilco’s Solid Sound Festival. The piece will be located in the Museum’s Courtyard A / front parking lot, serving as a perfect entryway to MASS MoCA. 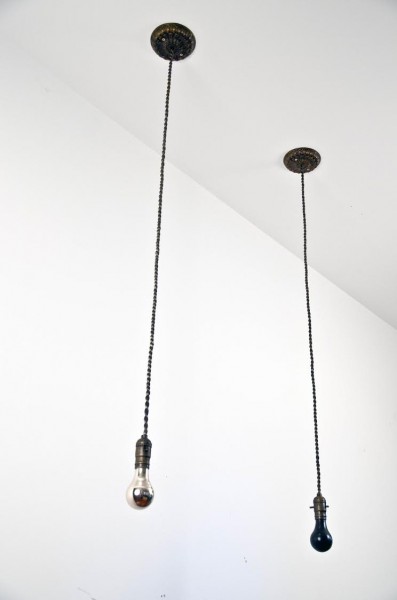 “We are faced with a new kind of difficulty. We have two contradictory pictures of reality; separately neither of them fully explains the phenomena of light, but together they do.”
– Albert Einstein and Leopold Infeld, “The Evolution of Physics,” 1938, on wave-particle duality
Ronald Feldman Fine Arts will present Wave & Particle, a group exhibition of more than two dozen Creative Capital Awardees, in celebration of the organization’s 15th anniversary. In general, the artists in the exhibition address contemporary issues surrounding conditions that might be rectified, and the selection of artworks embraces the notion of synthesizing contradictory elements. Using the principle of wave-particle duality in quantum physics as a metaphor, the exhibition muses on how one might describe or consider objects that can be read in more than one way. The exhibition presents a wide range of media including videos, sculptures, readymades, prints, photographs, floor works, ceiling hangings, and objects that incorporate electronics and light. The works tell jokes, breathe, induce altered states, invite spiritual contemplation, or call us to political action.Wave & Particle represents a very small sample of the artists working in the disciplines of Visual Arts, Performing Arts, Moving Image, Literature and Emerging Fields that Creative Capital has supported over the years. Special thanks to Sean Elwood, Director of Programs & Initiatives at Creative Capital, for curating the exhibition.

We hope to see you there! More details here.